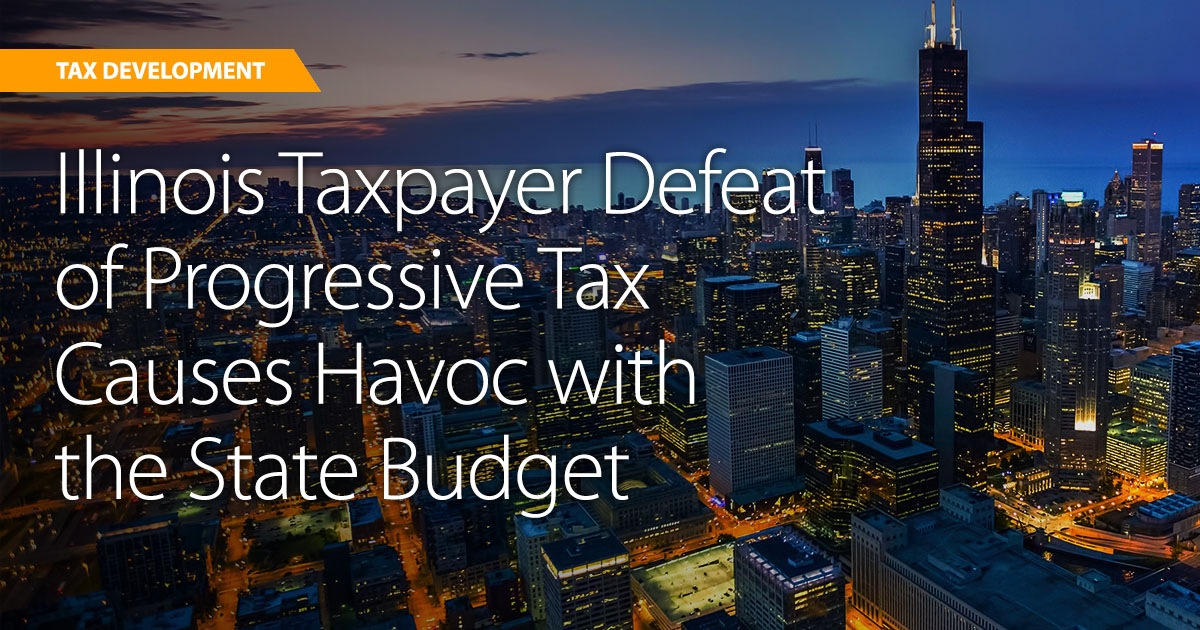 Democratic Governor J. B. Pritzker suffered his first major defeat as governor of Illinois when the constitutional amendment to institute a progressive personal and business income tax failed to pass the required 60% approval of votes on the amendment or 50% of the total number of votes cast in the election. The vote, with almost 98% of votes counted, resulted in only a 45% vote of approval of the amendment.

The Governor had personally donated large amounts of money to fund the campaign in favor of the change to the tax regime, in hopes of preventing a serious budget crisis. The Governor campaigned on establishing a progressive tax that would not impact 97% of the state, while increasing taxes on those making more than $250,000. This “Fair Tax,” as it was called, was projected to raise more than $3 billion a year to help fill the gap in the state budget and lower the backlog of past-due bills. With the defeat of this amendment, Illinois taxpayers could be facing increases in the current flat tax rates to fill in the revenue gap.

To deal with the projected budget gap, legislators were scheduled to meet next week to begin the budget process without the expectation of the increased revenue anticipated by the amendment change. The general assembly subsequently cancelled the upcoming days of meetings because an interpretation of state law would not allow virtual meetings. With a number of legislators living too far away from Springfield to go home at night, as well as many having health issues, several days of in-person meetings were less than desirable. The problem of rebalancing the 2021 fiscal budget will commence once the legislators feel their personal safety is not at issue.