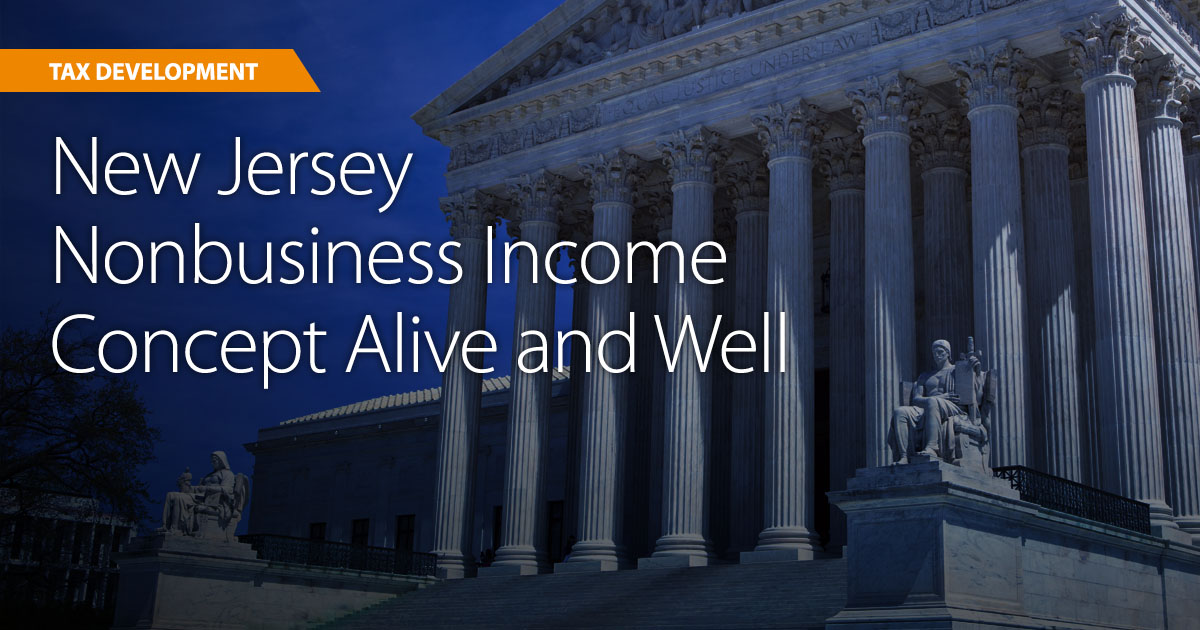 The United States Supreme Court followed the actions of the New Jersey Supreme Court by declining this month to review the issue presented in Xylem Dewatering Solutions Inc. v. Director, Division of Taxation.1

The issue in the 2019 case was whether the gain from the deemed asset sale under Internal Revenue Service Code section 338(h)(10) recognized by a New Jersey-based S corporation was nonoperational (New Jersey’s term for nonbusiness) income allocable 100% to New Jersey, rather than subject to apportionment. The New Jersey Tax Court ruled that the deemed asset sale and liquidation resulted in nonbusiness income, which entitled the state to tax 100% of the gain. The Court referred to the state precedent—McKesson Water Products Co. v. Director, Division ofTaxation2—that the gain generated by a section 338(h)(10) transaction was attributable to “an extraordinary event in the company’s history” and therefore did not constitute “operational income,” which was apportionable under New Jersey law.

The issue that was not addressed in McKesson or Xylem is whether the income would be apportionable under the unitary business principle. In Xylem, the only mention of the unitary principle was the conclusion stating that “the Constitution does not require that nonbusiness income be apportioned among the states.” The Court therefore concluded that the entire gain was allocable to the domiciliary state of New Jersey, regardless of the fact that Xylem filed as a unitary business in 20 states.

Xylem involved an S corporation, and the shareholder continued the pursuit by requesting reconsideration of his personal income tax assessment in New Jersey. He requested relief based on the fact that he previously reported the entire gain to 20 states by apportioning the gain. As he had not filed protective refund claims for the apportionment reported to the various other states, the New Jersey decision results in double taxation on the gain on the sale. The Supreme Court of New Jersey denied a petition for appeal in 2019, to be followed by the denial of the certiorari petition in John M. Paz v. Director, Division of Taxation3 at the United States Supreme Court level.

This case serves as a warning to New Jersey-based taxpayers that the Division could use this case to its advantage, but it also serves as an opportunity to nondomiciliary taxpayers that such gains could be allocated 100% to the state of domicile.