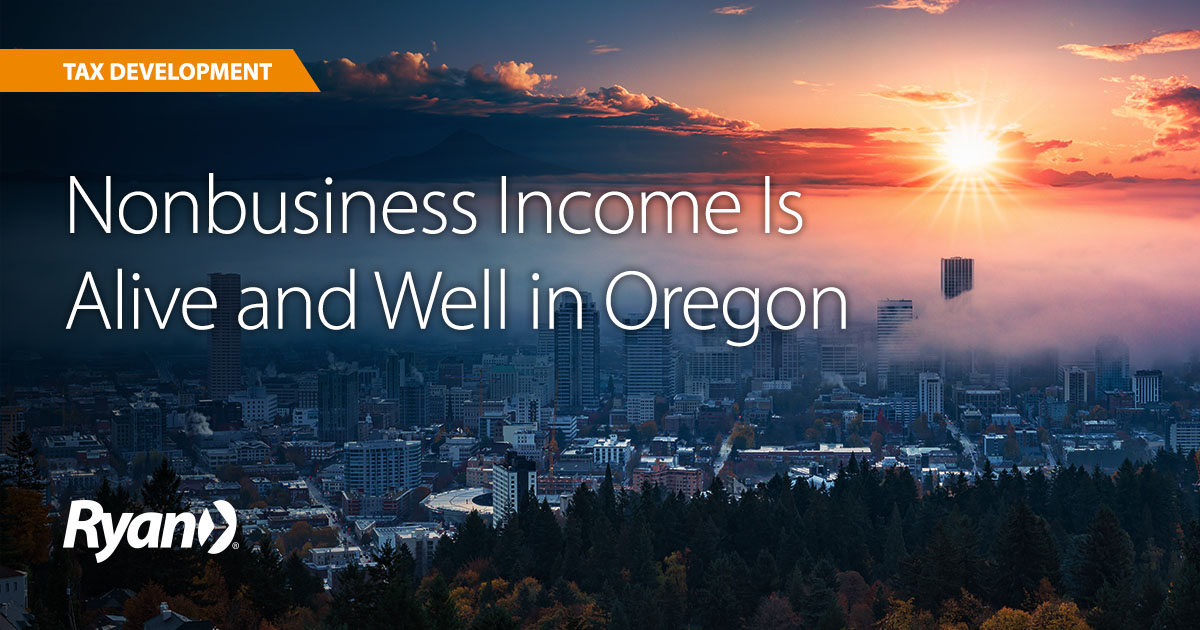 In a recent Oregon Tax Court case, the taxpayer was granted summary judgement, determining that the income from the sale of ownership interests was nonapportionable income for purposes of calculating its Oregon apportionment percentage. In Comcast Corporation v. Department of Revenue,1 the taxpayer challenged the results of an audit of several years conducted by the Multistate Tax Commission, imposing tax deficiencies of more than $24 million relating to increasing the Oregon apportionment percentage and reclassifying items of income from nonbusiness to business income. The deficiency also included changes to the methodology of calculating broadcast receipts to be included in the sales apportionment factor.

Comcast argued that the gain from the sale of the ownership interests of Vodafone Group PLC, Time Warner Inc., and A&E Television Networks LLC, as well as dividends from Vodafone and Time Warner, should be considered nonapportionable, nonbusiness income because none of the three businesses were engaged in a unitary business with Comcast. In addition, none of Comcast’s stock holdings served an operational function in the business. The Department of Revenue (DOR) argued that following Allied-Signal Inc. v Director, Division of Taxation,2 the stock holdings did serve an operational function because Comcast’s mergers and acquisitions activity was part of its regular course of business. The court agreed with the taxpayer that these investments were passive and noted the minority interest in each business to support the lack of control over the businesses. The court did not follow this conclusion for A&E Television Networks, leaving the issue open as to whether a partnership interest should be considered as qualifying for the same treatment as stock under Allied-Signal. The dividends were found to also be nonapportionable income, in favor of the taxpayer.

Comcast computed its sales factor using Nielsen data to determine its audience for its television networks broadcast over the air and added the audience and subscribers who received the company’s cable services but not network services. The DOR proposed that the company was a cable network and primarily engaged in subscription services and could only use subscribers to its cable services in the numerator. The court agreed with Comcast, stating that the DOR failed to explain why the audience and subscribers can be combined in the denominator but not in the numerator. There were other issues settled in this case involving net operating losses and state tax addbacks, but the major win for the taxpayer regarding nonbusiness income adds strength to the normally difficult position of keeping nonbusiness income out of the tax base.