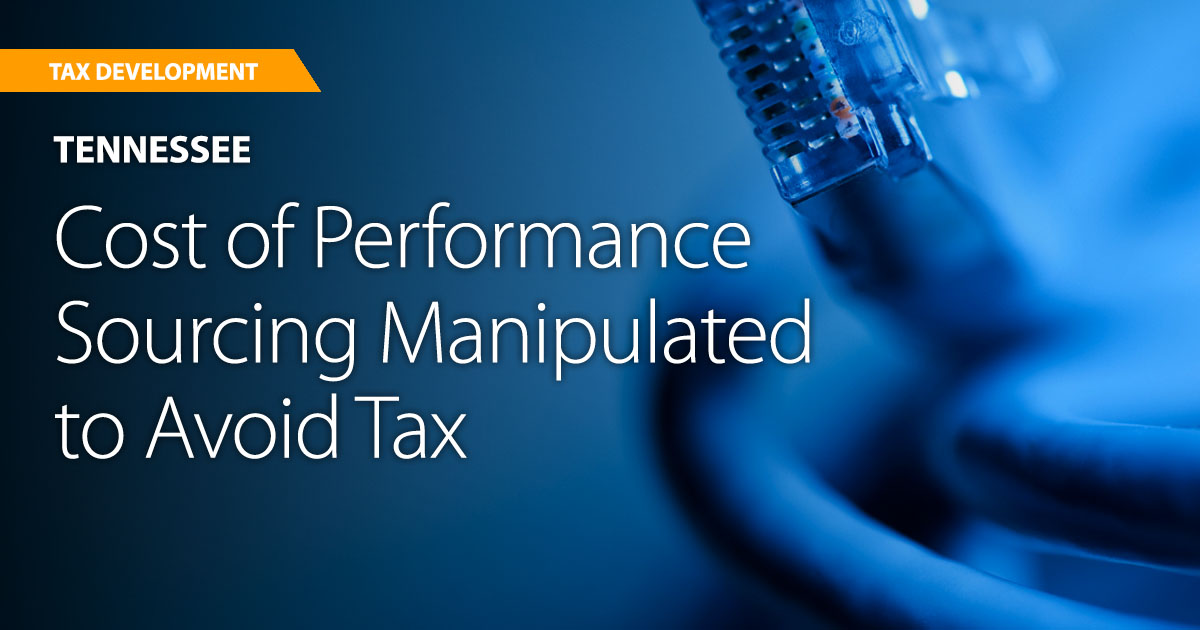 In Comcast Holdings Corp. v. Department of Revenue,1 the Court of Appeals in Tennessee (“Court”) held that while the taxpayer could analyze different revenue streams under different cost of performance standards, this taxpayer failed to properly analyze certain costs associated with a revenue stream to adequately determine the source of its earnings producing activities.

In filing its 2006–2008 Tennessee franchise and excise tax returns, Comcast separately analyzed the costs associated with its three main service lines—internet, cable television, and telephone—as well as rental of customer premises equipment and an “other” category consisting primarily of franchise fees paid to local franchising authorities. Comcast asserted that its detailed analysis established that the costs of activities were higher in Pennsylvania, its state of domicile, than in Tennessee for its internet and cable television services, while the remaining categories’ costs were higher in Tennessee. This rationale supported its tax filing positions and, therefore, rebutted the assessment for additional tax.

The Court referred to Rule 34 of the Tennessee regulations,2 which established the definitions of “earnings producing activity” and “costs of performance.” This rule allows separate items of income to correlate to separate business activities, but the Court ruled that Comcast had improperly identified its costs related to its internet and cable television services, which enabled it to avoid taxes. The Court refrained from suggesting the appropriate cost of performance methodology but remanded that issue to the Trial Court to determine. However, the Court agreed with the taxpayer that cable distribution activities did not occur solely in Tennessee. They utilized the “functional approach” that Comcast’s distribution services depended on a series of “integrated, independent steps” with content traveling through a national network en route to Tennessee.

The taxpayer won the battle on two important issues: 1) the right to analyze different revenue streams based on different cost of performance factors, and 2) that the taxpayer could look at the costs of the entire process in delivering a service. However, Comcast lost the war and will now be required to reanalyze its costs.