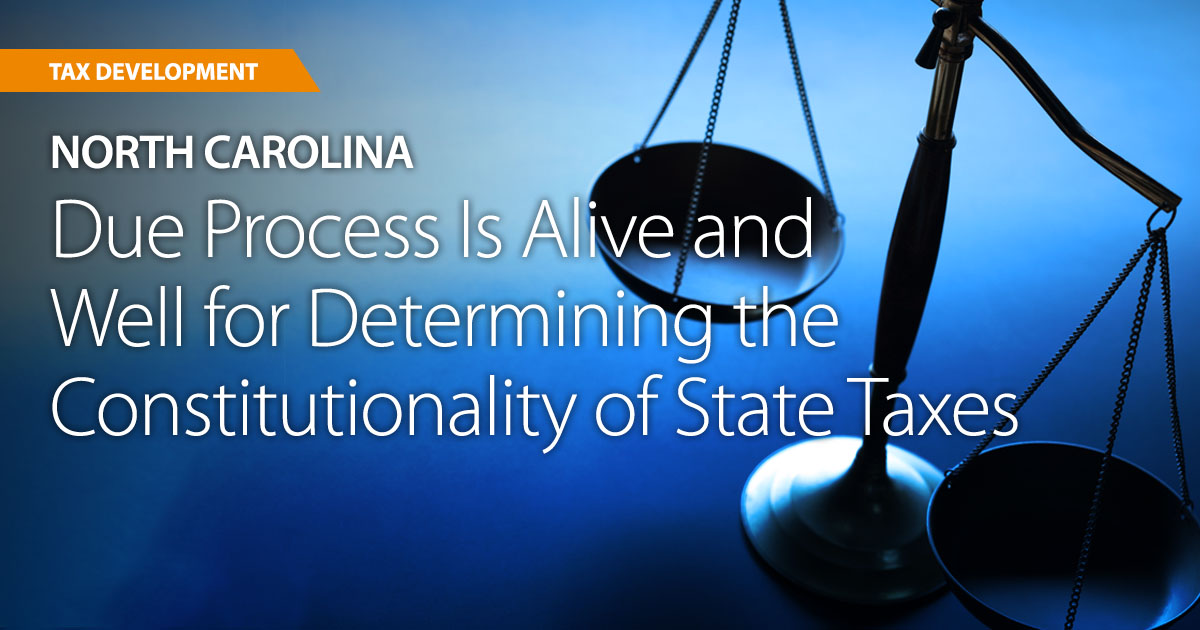 On June 21, 2019, the United States Supreme Court released a unanimous decision written by Justice Sotomayor in response to North Carolina Department of Revenue v. Kimberley Rice Kaestner 1992 Family Trust.1 The Court set out to answer whether the Due Process Clause of the Fourteenth Amendment prohibits states from taxing trusts based on a trust beneficiary’s in-state residency.

The Kaestner decision reaffirmed the due process test in Quill that some minimum connection must exist for a state to impose a tax. In Wayfair, the Court overruled the long-held precedent requiring physical presence in a state to establish a sales tax collection obligation. However, in Kaestner, the Court held that states cannot tax a trust based solely on its beneficiary’s in-state residency (physical presence alone was not enough). The Court applied the two-step analysis from Quill to decide if a state tax abides by the Due Process Clause.

The first part of the analysis was whether there was some definite connection between the state and person or property being taxed. The Court determined that this requirement was not met, so the second part of the test (whether the income attributed to the state for tax purposes was rationally related to the values connected to the taxing state) was not discussed by the Court. However, the Court referred to Quill3 and its concern with fundamental fairness of governmental activities. The Court also noted that a state’s taxing power is limited to a tax that “bea[rs] fiscal relation to protection, opportunities and benefits given by the state” and “whether the state has given anything for which it can ask return,” citing J.C. Penney Co.4

The Supreme Court held the Due Process Clause prohibits a state from being able to tax trust income based solely on its beneficiary’s in-state residency if the income has not been distributed to the beneficiary, if the beneficiary has no right to demand that income, and if there is uncertainty that the beneficiary will receive the income. The Court’s due process analysis focused on the extent of the in-state beneficiary’s right to control, possess, enjoy, or receive trust assets. “When a State seeks to base its tax on the in-state residence of a trust beneficiary, the Due Process Clause demands a pragmatic inquiry into what exactly the beneficiary controls or possesses and how that interest relates to the object of the State’s tax.”5 The Court concluded that if the only connection to the state is the fact that the beneficiary is simply living in a state that connection alone will not allow the state to tax trust income.

The Court limited its holding to the specific facts presented in the case. However, by citing Quill and its progeny, the Court affirmed that the Due Process clause is alive and well to be used to analyze the constitutionality of a state tax.