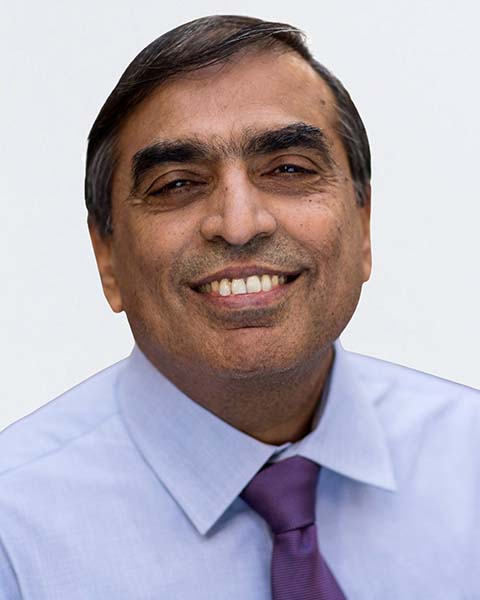 Rahul Merchant is a senior leader with a breadth of experience as an operating executive and a board member across several industries at a global level. In April 2015, Rahul was recruited as a Senior Executive Vice President by Teachers Insurance and Annuity Association of America (TIAA), a diversified financial services organization with more than $1 trillion in assets under management for 11,000 institutions and more than five million participants. Additionally, Rahul serves on several public and private boards, including Juniper Networks, Kyndryl, Global Cloud Xchange, and Convergint Technologies.

In April 2012, then Mayor Michael R. Bloomberg recruited Rahul to serve as the first-ever citywide Chief Information and Innovation Officer (CIIO) as well as the Commissioner (chief regulator) of the New York City Department of Information Technology and Telecommunications.

Rahul began his career in financial services as a trader for Cooper Neff, an early-stage hedge fund. He soon became the firm’s top operating executive responsible for building its analytics, technology, and risk management. During his seven years, he was a hands-on leader with deep understanding and adoption of innovative technology, operations, and risk management within the industry.

Over the next two decades, Rahul took his lessons learned as an entrepreneur from the high-growth hedge fund environment and scaled those to global banks in senior operating roles. Additionally, he was an early adopter of quantitative trading and introduced digital technology to many of the firms within financial services.