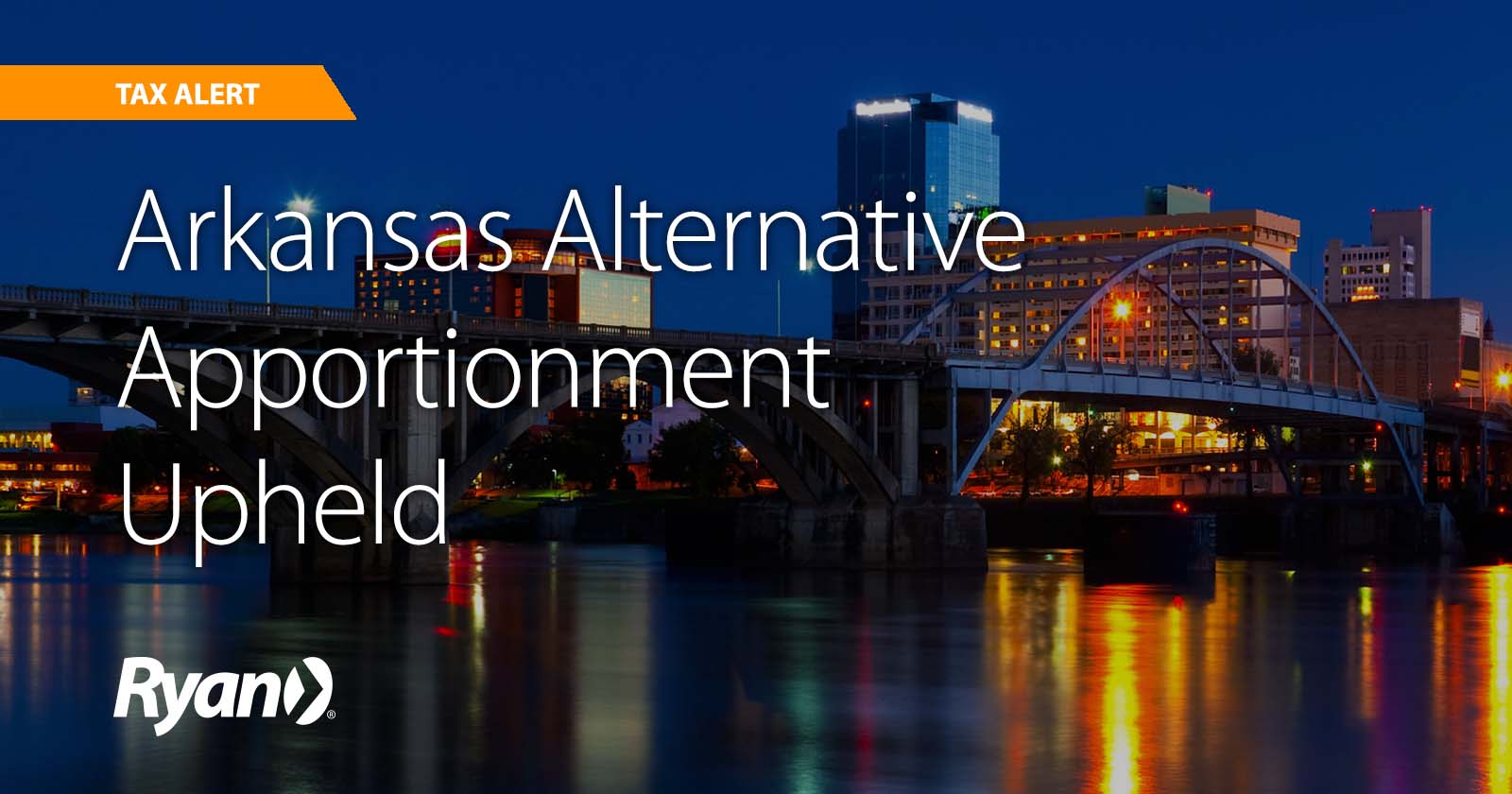 The Arkansas Office of Hearings and Appeals (OHA) recently ruled in five separate corporate income tax decisions1 that the Department of Finance and Administration (DFA) did not abuse its discretionary power in requiring the use of alternative apportionment. In each case, the exclusion of the property factor from the apportionment factor was ruled not fraudulent, arbitrary, or capricious.

The OHA noted that the DFA had the power to require the use of an alternative method of apportionment when the state’s provisions under the Uniform Division of Income for Tax Purposes Act do not fairly represent the business of the taxpayer in the state. It was also determined that the DFA was not required to follow tax treatments from previous audits, adhering to the policy that each year stands alone.