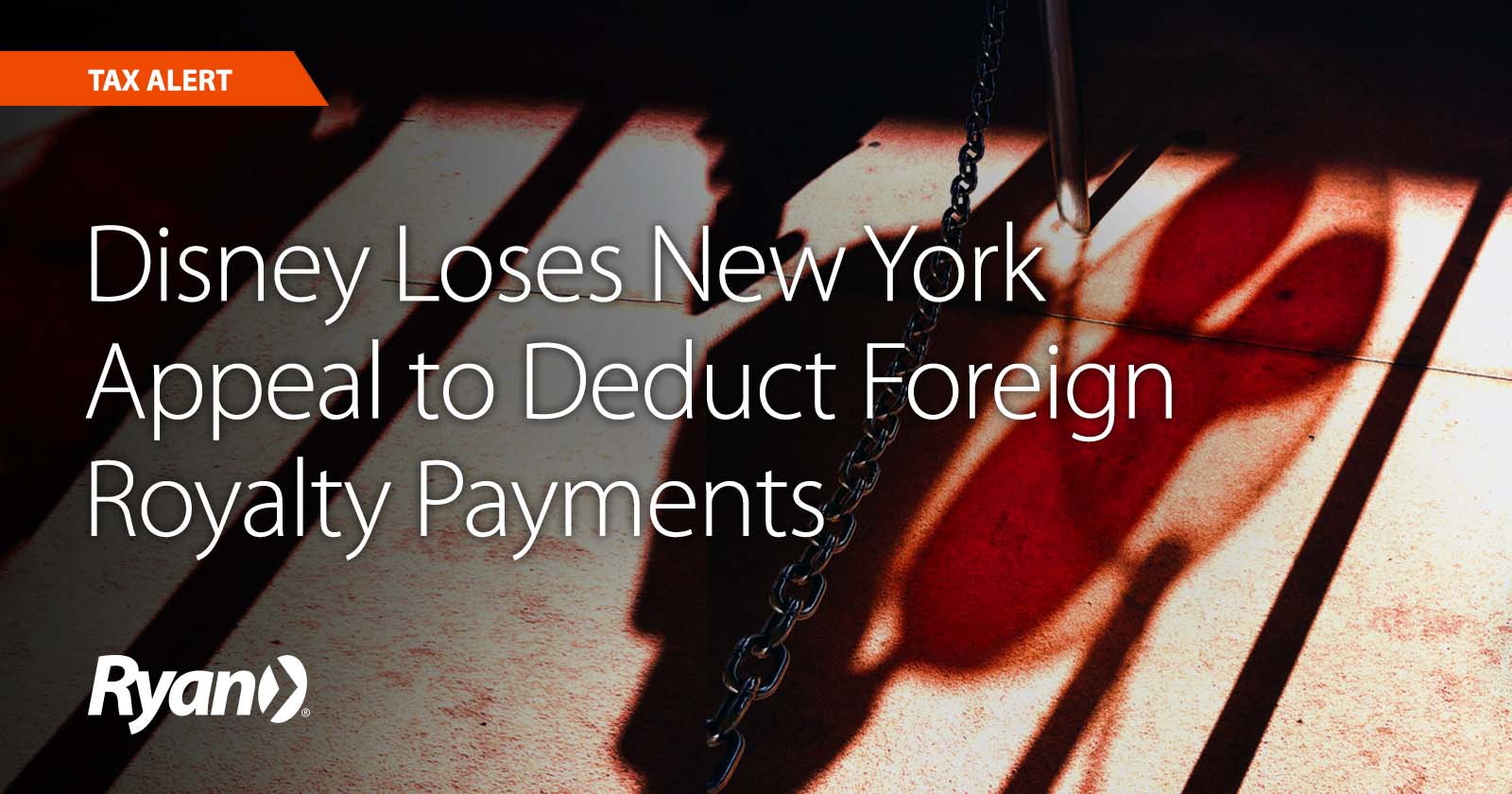 Disney is the parent to an affiliated group of entities that are in the business of producing and licensing content, media, entertainment, and consumer products. During the years under audit, Disney licensed intellectual property to affiliates organized under the laws of foreign countries through licensing agreements in exchange for royalty payments. In its New York combined group corporate income tax filings, Disney deducted the royalty payments received from foreign affiliates under Tax Law § 208. The Department of Taxation and Finance (“Department”) disallowed the deductions under audit, and the taxpayer sought review with the Division of Tax Appeals, where an Administrative Law Judge (ALJ) sustained the notice of deficiency. Disney filed an exception with the Tax Appeals Tribunal, which affirmed the ALJ’s determination, which was subsequently challenged in the Appellate Court.

Disney claimed that it had the right to deduct royalty payments under the plain meaning of the statute, which allowed a taxpayer to exclude royalty payments received from a related member unless one of three conditions were met—none of which applied. Disney claimed that the definition of “related member” did not require the member to be a New York taxpayer. By holding that the exclusion only applied to foreign affiliates that were New York taxpayers, the Department was creating a new exception, discriminating against out-of-state commerce, and violating the Commerce Clause of the U.S. Constitution.

In response to this challenge, the Court referred to Tax Law § 208, which states in part that to determine whether an entity that receives royalty payments is entitled to deduct them from its income, a determination must be made as to whether the entity making the payments is entitled to add them back. The addback and exclusion provisions work together to ensure that the royalty transactions between related entities are only taxed once and do not escape taxation. Disney’s interpretation of the law results in escaping taxation entirely. Disney’s claims were found to be lacking in merit, and the Tribunal’s assessment was affirmed.