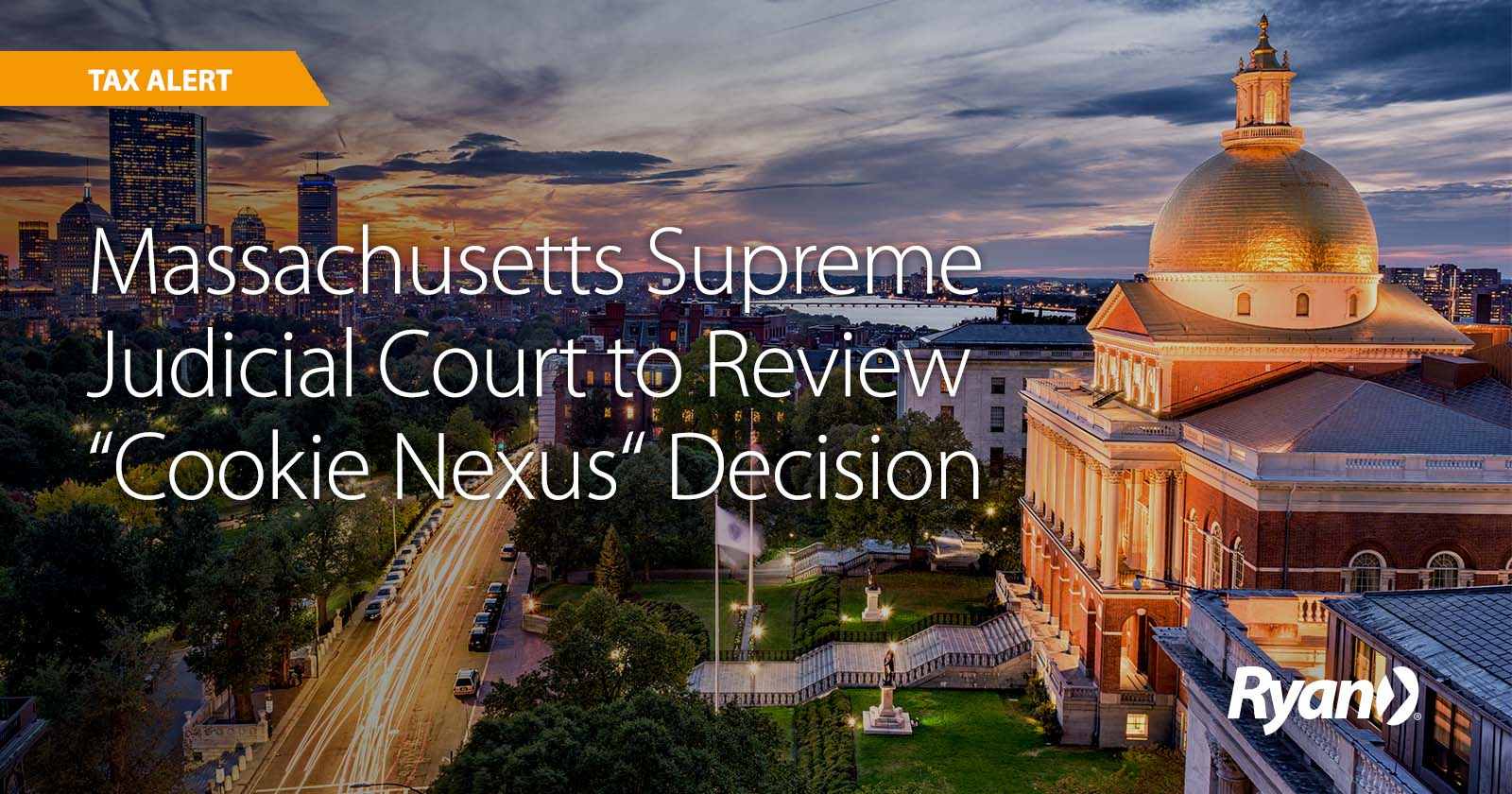 The U.S. Auto Parts case is an offshoot of the earlier “cookie nexus” litigation, Blue Nile LLC et al. v. Harding1 filed in late 2018 by six online retailers, which included U.S. Auto. The retailers argued that the enforcement of the state’s economic nexus regulation for that period is retroactive and prohibited under the commerce clause of the U.S. Constitution. The Massachusetts Superior Court dismissed the case because the retailers failed to exhaust their administrative remedies. The judge in the case said that it is not apparent that a decision in the case would have a significant impact beyond the six retailers who filed the lawsuit. Following this dismissal, U.S. Auto Parts continued proceedings to the Appellate Tax Board (ATB), which issued summary judgment in favor of the taxpayer.

Last year, the Massachusetts ATB overturned the Department of Revenue’s (“the Department’s”) decision in U.S. Auto Parts Network, Inc.2 requiring the collection of sales tax for tax periods prior to the Supreme Court’s Wayfair3 decision. Previously, the Department ruled that placing cookies and apps on Massachusetts customers’ computers and using third-party content delivery networks with servers in Massachusetts created sales tax nexus for U.S. Auto Parts under Massachusetts’ “cookie nexus” standard. The ATB, however, disagreed with the Department and concluded that despite the complexity involved in defining physical presence, the cookies, apps, and content delivery networks in the state did not constitute physical presence nexus. The board also ruled that the Wayfair decision would not be applied retroactively to the tax periods at issue.

Upon learning the ATB’s decision, the Department appealed the case to the Massachusetts Court of Appeals. U.S. Auto Parts then applied for direct review by the Massachusetts Supreme Judicial Court.  The circumvention of the Appeals Court would be allowed in cases involving novel questions of law, the Massachusetts or United States Constitutions, or in cases “of such public interest that justice requires a final determination by the full Supreme Court.”

On May 12, 2022, the Massachusetts Supreme Judicial Court agreed to a direct review of the case to determine the application of the state’s “cookie nexus” regulation, which was in effect for two years from October 1, 2017 until October 1, 2019. The state’s economic nexus statute modeled on the Wayfair decision became effective on that ending date, replacing the regulation.  No date has been set for hearings in this case.

Taxpayers who have either been assessed or paid tax under a “cookie nexus” principle should consider filing refund claims before the three-year statute of limitations has passed for the period ending on September 30, 2019.