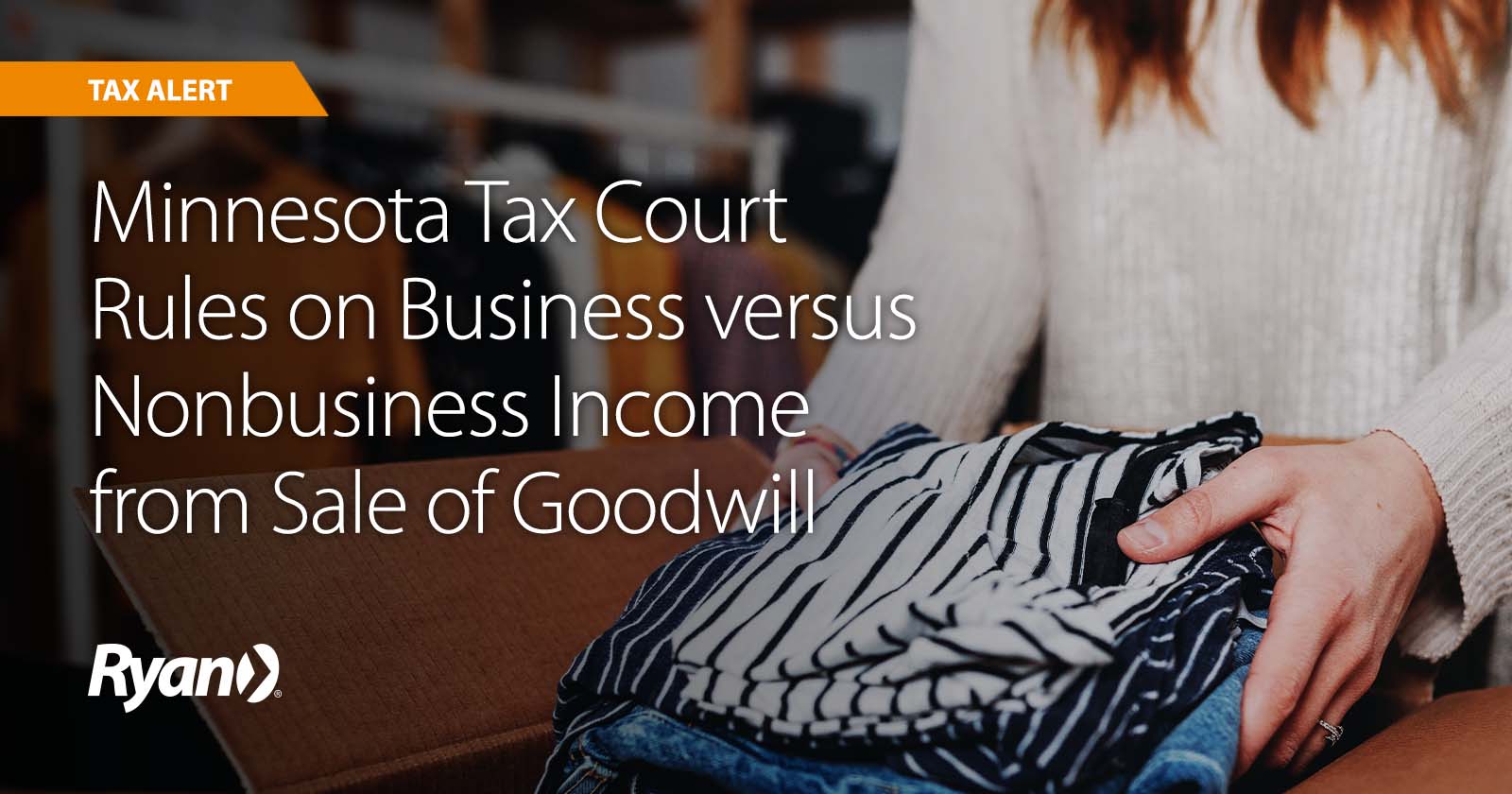 In 2015, Cities Management Inc. (CMI), a Minnesota-based company, was sold to an unrelated third party electing to treat the stock sale as a sale of assets under Internal Revenue Code Section 338(h)(10).  As an 80% nonresident shareholder in CMI, Kim Carlson reported the gain from the sale of her interest as nonbusiness income, relying on the Minnesota Tax Court’s 2006 decision in Nadler v. Commissioner of Revenue.1 Following this court decision, Ms. Carlson reported the capital gain from Minnesota sources in an amount equal to the amount of income CMI apportioned to Minnesota for Ms. Carlson in 2014—the year preceding the sale.

In the year following the Nadler case, the Commissioner drafted a Technical Advice Memorandum for auditors, stating: “[T]he Department of Revenue decided not to appeal the Tax Court decision in Nadler v. Comm’r of Revenue, … but does not acquiesce to that decision regarding the treatment of goodwill under Minn. Stat. § 290.17 in that case. The Tax Court is a non-precedential administrative court that is an executive branch agency.”

Internally, the Department of Revenue (“Department”) decided it would continue to take the position to:

In 2017, the Commissioner publicly issued Revenue Notice 17-02: Individual Income and Corporate Franchise Tax – Nadler v. Commissioner – Minnesota Allocation Policy, which stated that the Department recognizes “two categories of income for the purpose of determining the correct method of allocation under Chapter 290:

This contrasts with the three categories of income recognized in Nadler, which differentiated between nonbusiness income that is derived from a trade or business and nonbusiness income that is not derived from a trade or business. In addition, the Notice disagrees with the way Nadler calculated allocable gains following the sale of goodwill, indicating that the correct way is to “multiply the taxpayer’s gain by the business’s prior year apportionment factor,” as opposed to a fixed number, which in Nadler was “the actual amount of the income apportioned to Minnesota in the preceding year.” It should be noted, however, that the Commissioner issued this Notice after CMI made its § 338(h)(10) election based on Nadler.

The Court decided2 that Kim Carlson’s 2015 individual income from the goodwill generated by the sale of her stock ownership interests in CMI constitutes income of a unitary business and is therefore subject to apportionment under Minn. Stat. § 290.17, subdivisions 3-4. Because Ms. Carlson’s income from the CMI transaction is income of a trade or business, it is not income “not derived from the conduct of a trade or business” and thus is not subject to assignment under Minn. Stat. § 290.17, subdivision 2.

This taxpayer loss is another instance of the ongoing battle in Minnesota involving the strict interpretation of nonbusiness income.