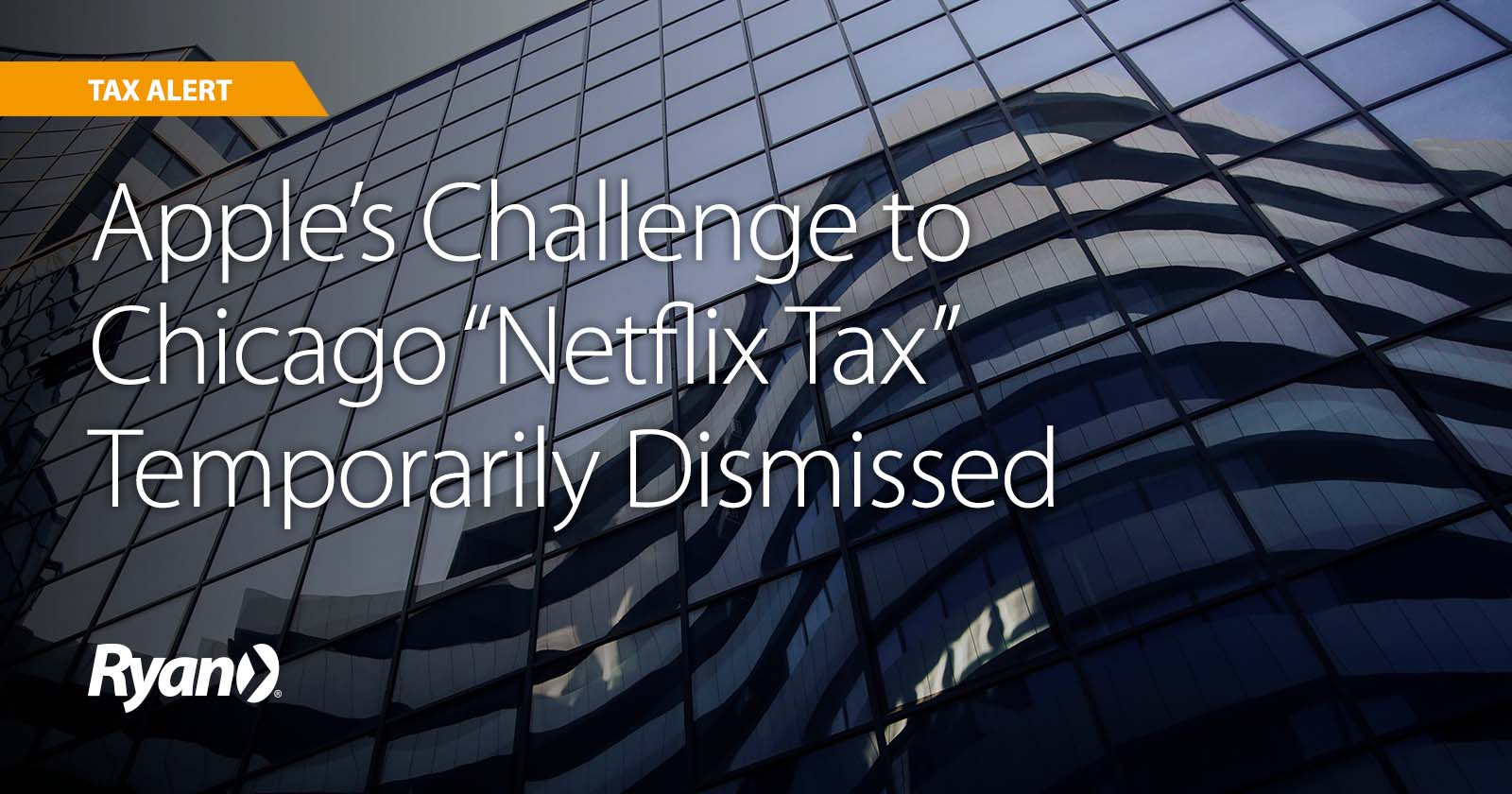 In 2015, Chicago introduced Amusement Tax Ruling No. 5, amending the tax to impose a 9% tax on streaming entertainment services. Referred to as a “Netflix Tax” and impacting streaming services like Netflix, Spotify, and Apple’s own Apple TV+ and Apple Music, Apple has been attempting to overturn the initiative.

In a recent decision of the Cook County Circuit Court,1 Apple’s objection to the tax was dismissed. Apple originally filed this case in 2018, claiming that the tax violated the Internet Tax Freedom Act as well as the Commerce and Due Process laws of the U.S. Constitution. The case was paused for two years while a case against Chicago by the users of Netflix, Hulu, and Spotify (“Labell case”) was being considered. After Chicago won that lawsuit,2 Apple amended its complaint to say that the Labell case was a “facial challenge” to the tax program, while Apple was challenging how the tax was applied to its particular services.

The judge’s order, issued on March 11, 2022, dismissed Apple’s complaint without prejudice, while granting Apple 35 days to further amend the complaint to include facts to sufficiently state a cause of action upon which some type of relief could be granted. Being allowed additional time to present this case more clearly may indicate that the judge believes Apple can succeed with its position, if amended to include additional pertinent facts.

We will keep you updated as this case continues.