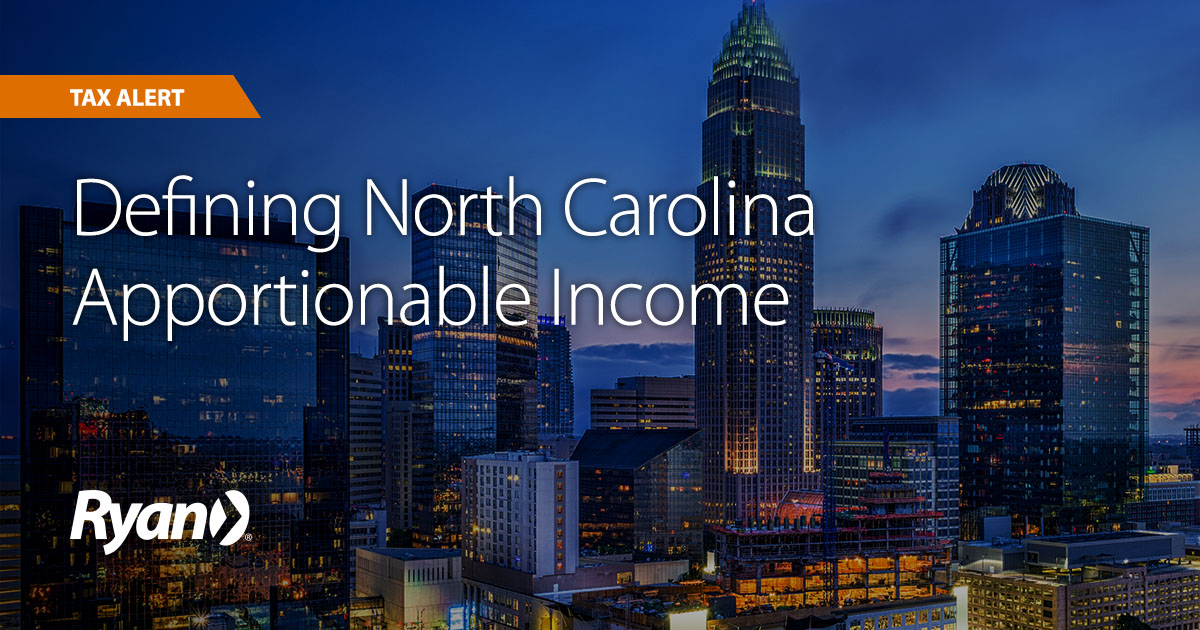 North Carolina Department of Revenue (DOR) recently released guidance regarding the treatment of the gain on the sale of a partnership interest by an out-of-state taxpayer as allocable income. The position espoused was a departure from policy previously established in 2011 with the issuance of Final Agency Decision No. 09 REV 5669 (“2011 Decision”).

In the 2011 Decision, the ruling held that the gain on the sale of a taxpayer’s minority interest in a partnership was nonapportionable income, stating that the taxpayer was a passive investor without control of day-to-day operations. Following the tests for unitary relationships as stated in United States Supreme Court case MeadWestvaco,1 the taxpayer was determined to not be involved in a unitary relationship with the partnership at issue.

This 2011 Decision was followed until the recent issuance of guidance, which interprets changes to the statute in direct opposition to historical position. North Carolina General Statute Section 105-130.4(a) was amended in 2017 to clarify the definition of apportionable income to include “all income under the U.S. Constitution.” The definition of “apportionable income” now includes income that arises from either of the following:

The DOR has stated in the Important Notice that as of the date of issuance, December 31, 2020, the DOR will no longer follow Decision No. 09 REV 5669 to determine what income constitutes apportionable income.

The facts in the 2011 Decision strongly supported the finding of allocable income. The taxpayer was a Texas corporation with a minority interest in a Texas partnership that generated income in North Carolina through servicing retail installment contracts originated by automobile dealers. There was no functional integration, centralized management, or economies of scale, normally found in unitary businesses detailed in Allied-Signal.2 The income from the sale of the partnership interest was properly allocable income, sourced to the taxpayer’s place of domicile.

This change in position is in direct contrast to the treatment of a gain on the sale of a partnership interest in a recent Louisiana ruling in Davis-Lynch Holding Company, Inc. v. Robinson.3 In this case, a Texas corporation sold its interest in a Texas LLC, including the gain on the sale in its sales apportionment factor denominator. The Louisiana Department of Revenue removed the sale from the apportionment factor, treating the gain as excluded income. The Court of Appeals sided with the taxpayer in determining that the gain was indeed apportionable income and was correctly included in the factor by the taxpayer.