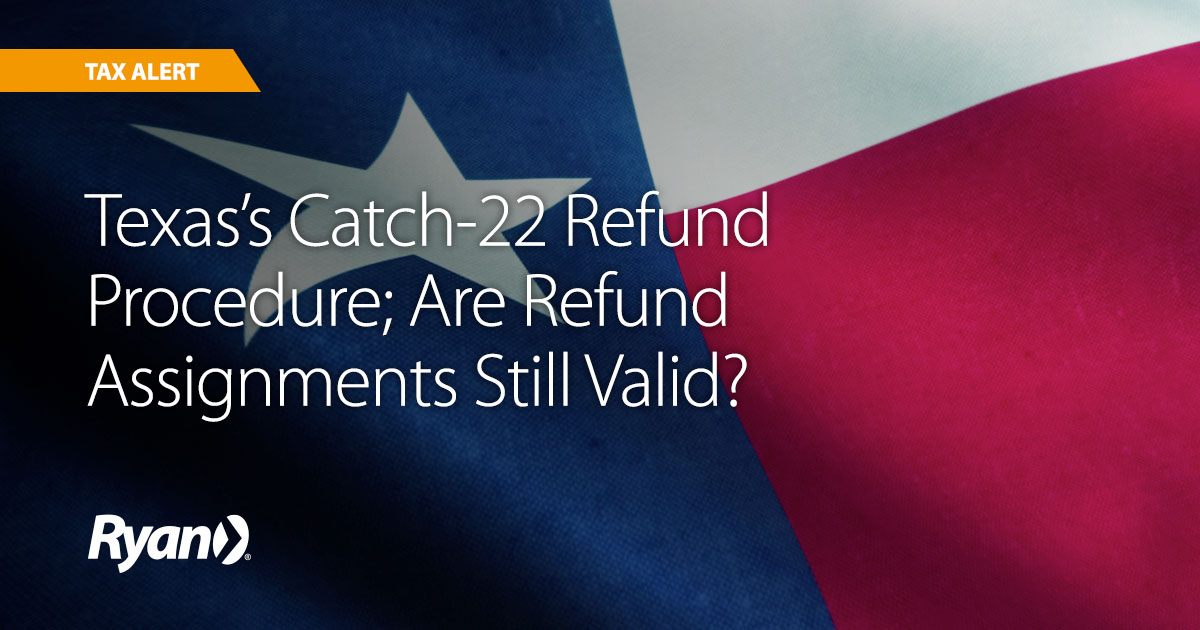 In Best Buy Stores, Inc. v. Hegar, No. 03-19-00246-CV (Tex. App. – Austin, April 16, 2021), the Third Court of Appeals found that the customers of Best Buy lacked standing to sue for refunds of taxes paid in error. Between 1998 and 2007, customers could receive rebates on purchases of certain products by submitting applications to Best Buy. Because the rebates reduced the taxable sales price of the products, the rebates also reduced the amount of sales tax due on the purchases. Unfortunately, Best Buy did not include sales tax in its rebate payments. A 2009 Comptroller letter ruling provides “(a) mail-in rebate from the seller may be used to reduce the taxable sales price of the item. The seller should refund the sales tax that was collected on the part of the sales price that was rebated back to the customer.” Accordingly, a group of customers attempted to pursue a class-action refund claim against Best Buy.

The Comptroller’s rule on refunds provides alternative methods for obtaining a refund of sales tax paid in error to a seller. The seller may refund the tax to the customer and file a claim for refund with the Comptroller. As an alternative, the seller may simply assign its refund rights to the purchaser, after which the purchaser may file a claim directly with the Comptroller [34 TAC § 3.325(a)(1)]. In accordance with the rule, Best Buy assigned its refund rights to its customers (assignees) “individually and on behalf of all others similarly situated.”

However, in discussing subsection (f), the Comptroller also raised a constitutional standing issue. In a supplemental briefing requested by the Court, the Comptroller argued that Best Buy lacked standing to sue because it had not sustained an injury. In finding for the Comptroller, the Court explained that a plaintiff must be personally injured to have constitutional standing to sue. The Court acknowledged that the assignees were the injured parties but, nevertheless, held that their right to sue was entirely derivative of Best Buy’s rights under the tax code. Thus, the assignees had no standing to sue because (i) they did not pay the tax directly to the state as required by Tax Code § 111.104(b) and (ii) they received refund assignments from a vendor that suffered no injury because it did not refund any of the tax.

As discussed above, Best Buy was following the Comptroller’s own rule when it assigned its refund rights to its customers. However, based on this decision, the refund assignments did not confer constitutional standing on the purchasers to pursue their claims in court. Instead, the decision suggests that a seller must refund at least a portion of the taxes collected in error prior to assigning its right to refund to ensure that both the seller and its assignees have standing. It is unclear why or how a seller would both refund tax and issue a refund assignment to the customer; the rule contemplates that the assignment is an alternative to a refund. This case has enormous implications for future refund claims because it injects significant uncertainty into a process that has been prescribed by rule and followed for decades by the agency and taxpayers alike. If this decision survives on appeal, any customer who paid taxes in error and received refund assignments from the seller may be denied access to the courts—a terrible blow to due process rights.